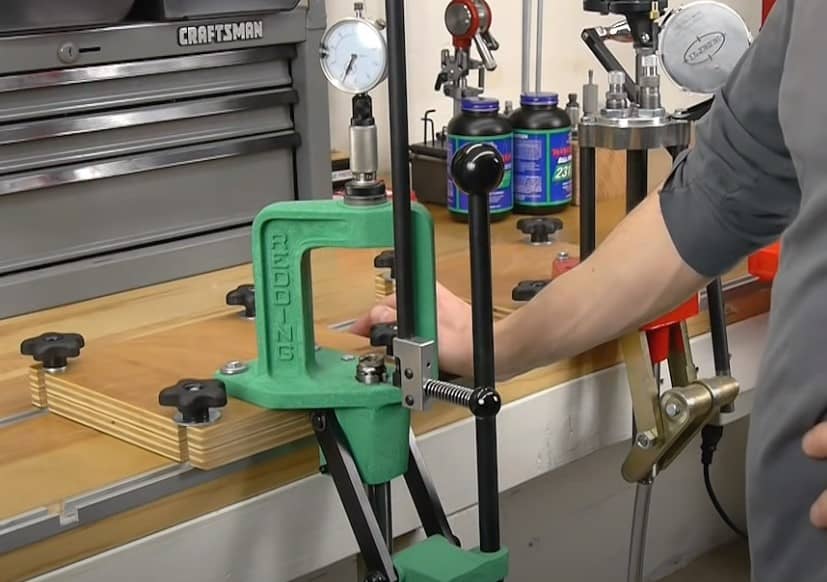 There are many ways to go about reloading; it could be as easy as pushing a button or as painful as pulling a trigger. Some people enjoy it because it saves them some money on ammunition.

But, on the other hand, the project might end up costing you more if you don’t know what you’re doing or don’t have the right equipment. However, before you start, you must buy a reloading press.

Reloading Presses: What Types Are There?

As a hobby, I have found reloading ammunition to be fun and rewarding. However, a reloading press is something you will need to buy the first time you start reloading.

What type of press you need depends on how many rounds of ammunition you need to produce and the purpose of the press. I will describe the types of reloading presses, their best uses, and how much experience a reloader needs to operate them below.

Reloading ammunition for rifles and handguns is the most common use for reloading ammo. The majority of shotgun shells are loaded by hand, however. As a result, shooters can create specialized bullets for use in a wide range of situations.

To reload shotgun shells, a different reloading press must be used compared to handgun and rifle cartridges. Shotshell presses are available in single-stage and progressive versions, just as they are for rifle and handgun cartridges.

When purchasing a shotshell press, choose one that matches your caliber and shell length. Most presses come with a specific length and caliber, although many can be changed.

During each cycle of the lever, progressive reloading presses create one completed round. In order to accomplish this, a shell plate is used that can simultaneously hold multiple cases.

Several processes are happening simultaneously in the process of raising the ram by pressing down on the lever. As soon as the ram is cycled, the shell plate turns (indexes). The last round is kicked into the completed round bin or chute after each shell is ready for its next operation.

However, turret-type presses or single-stage presses are most commonly used for this type of loading. A case feeder attachment may be available on some progressive reloading presses.

When the lever is pushed, a case is automatically inserted into the shell plate. By doing this, you will be able to speed up the reloading process considerably.

Case feeders are available in various types, from manual tube feeders to motorized feeders that automatically refill tubes. They are best suited for bulk reloading operations because they increase press complexity and require additional setup time for caliber changes.

In the turret press, multiple dies are held simultaneously so you can manually quickly index from one die to another. The press works similarly to the single-stage press (one die acts on a cartridge at a time) but holds multiple dies simultaneously.

The indexing of some turret presses can also be automated, so no manual indexing is needed. When turret presses are equipped with indexing features, the process can be sped up even further by reducing the number of lever strokes required per round.

Reloading with turret presses can be less precise than with a single stage press due to more flex, but this is rarely an issue. Regarding rifle or pistol reloading, a turret press can be a great starter or a great precision press for the more experienced reloader.

A single stage reloading press is the simplest type of press. One die is held at a time in this press. It usually has a rigid frame and is most commonly used for reloading rifle cartridges.

During the pressing process, the die is screwed into an opening on top of the press, while the shell holder is attached to the ram, where the cartridge case rim is held in place.

The ram rises by pressing down the lever, and the die is pushed against the case. Most single-stage presses have priming attachments, but hand priming is usually done separately. It takes the longest for single-stage presses to complete a round per hour and for die switching and setup, etc.

Reloading presses can also be operated by hand. It is portable and does not require mounting onto a workbench, as other reloading presses do. This type of device is hand-held, as the name suggests.

In addition to being portable, a hand press offers several advantages. Due to the fact that it does not require mounting to a bench, it can be taken almost anywhere and is easy to use. Whether you are on the range, at camp, or in an apartment, a hand press allows you to reload small quantities.

Someone without a lot of space or who doesn’t need to load a lot of ammo at once might find a hand press a better choice. Reloading sessions could be extremely tiring because of their design, especially with larger calibers.

It is very affordable to buy a hand press. There are several recent models available for under $40.00. An example of a popular type of hand press is the Lee Hand Press. Gun owners have well received this press.

Whatever type of reloading you want to do that’s entirely up to you. The single stage reloader is suitable for bench rest shooters and precision shooters who enjoy monitoring each step.

A progressive reloading press is a useful tool for plinkers who have a lot of money to invest and do a lot of plinking. Both features are combined in the turret press. The speed is not as fast as a progressive, but you get more precision.

Shooting in the wind is never fun; well, it can be fun once you know how to do it. I can’t recall how many times I’ve been on the rifle range on a bad day and still decide, “Hey, let’s shoot anyway.” Poor…

You will most likely own some ammo if you are a gun owner. However, some might tell you have too much on hand. Well, is there a thing such as too much? Are there laws regulating how much ammo you can own? Well,…

The shotgun is one of the most versatile weapons in the world. While it has gone somewhat unappreciated in the last decade due to the rise of the AR-15, the shotgun has a lot going for it. And a proper optic will definitely… 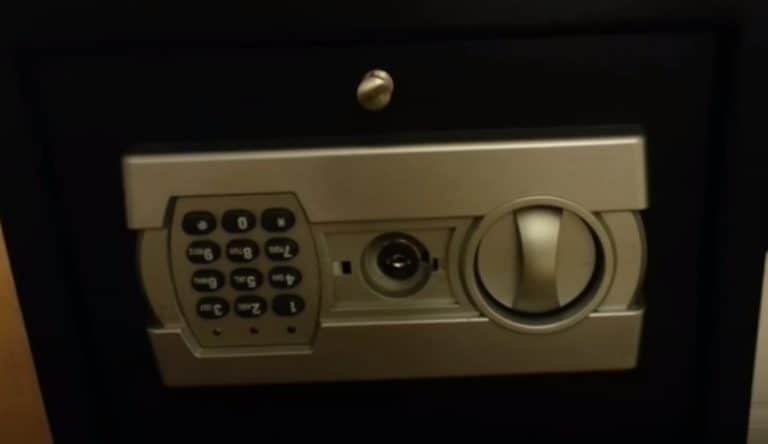 Having a locked gun safe is troublesome for sure. And if you are facing this kind of problem, then we have some solutions for you. Although you don’t have a key, still you can get out of this trouble by using a paperclip….

Most shooters, even those moderately familiar with a rifle, understand that a certain level of math is necessary for precision shooting. Most shooters will know this math exists but will never actually need it for their hooting. Those looking to shoot with precision… 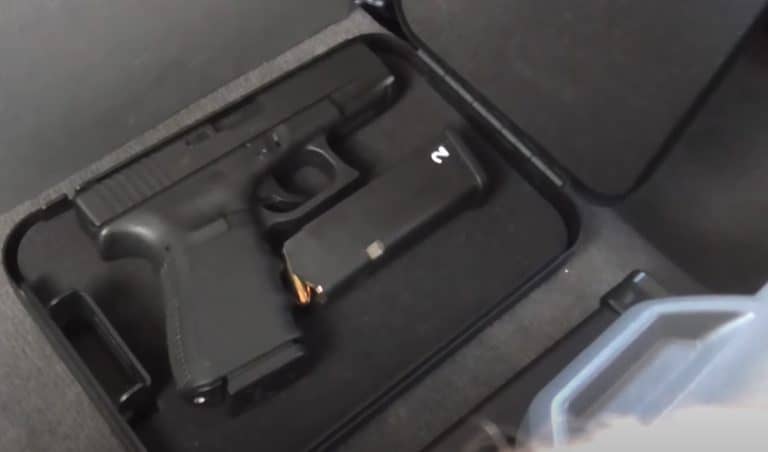