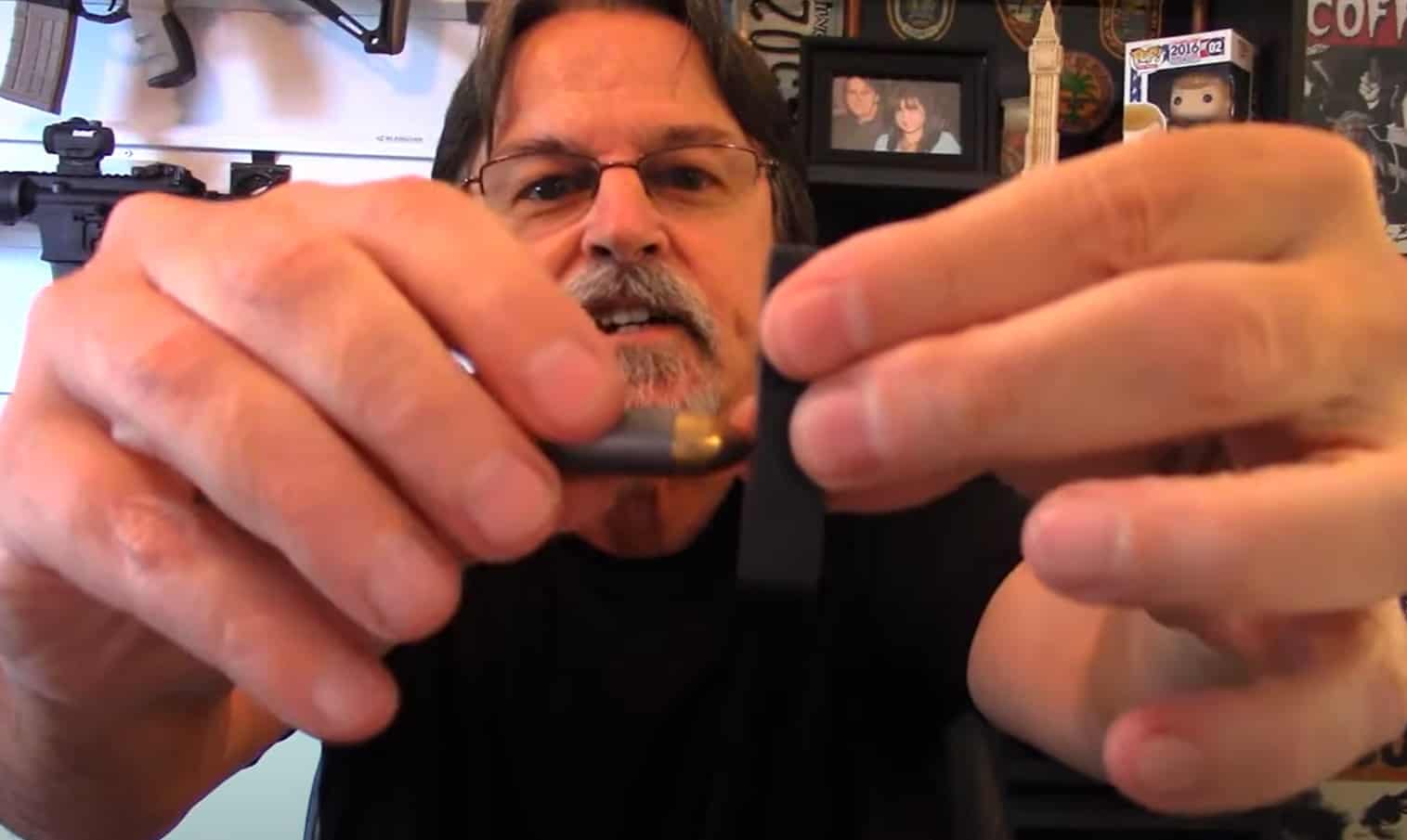 Most shooting ranges will not let you use steel-cased ammo at the range. Why? Well, there are a couple of good reasons. I’ve been to some shooting ranges, and this actually bothered me quite a bit.

It’s no secret that the cost of shooting ranges is high. My best guess at the time was that it was because the rangers only wanted the brass ammo, which they could recycle; they could resell and make money off of.

The shooting ranges do obviously recycle the lead. Also, they don’t want steel mixed with that for obvious reasons. My understanding is that steel cases are not reloadable and that the brass from the brass cases is sold in order to cover the range of upkeep costs.

It is common for indoor ranges to have the same rules, but I don’t always assume that is the case. As long as I do some research beforehand, I feel more confident, and I don’t take the chance of my reputation getting damaged.

There isn’t always an explanation for the rules. Therefore, understanding why certain rules were created will enable you to better perceive how a gun range operates and what factors are involved with using and operating a gun range.

Indoor gun ranges often have a rule such as “Armor Piercing/ Steel Core rounds are prohibited” or “Steel core ammunition is not allowed.”

It should be noted that the rule about the use of steel core ammo can also be applied to outdoor ranges. However, using steel casings with outdoor ranges should not be a problem.

There is a higher risk of sparks and a fire starting with steel core rounds. Steel rounds also have a greater chance of backfiring. Despite its rarity, some gun ranges still prohibit steel-cased ammunition.

What’s The Problem With Shooting Steel-Cased Ammo At The Range?

Because spent shells are mixed with brass ammo, a gun range may prohibit steel-cased ammo. Cases made of steel cannot be reloaded, so they must be thrown away. Brass shells may be collected by some ranges, reloaded, and resold.

There are a few exceptions to this rule, but the majority of them are for companies that collect empty cases for reloading purposes.

It is not possible to reload steel cases. Since steel cases work-harden and lose their elasticity, you cannot resize them to hold another bullet since they lack the elasticity that brass cases possess.

Berdan primers are used more often than boxer primers in steel-cased ammunition. This is because Berdan primers don’t contain an anvil.

In lieu of a single, centered flash hole, two flash holes are off to one side of the primer pocket. The depriming punch in the resizing die would be damaged in such a case.

A steel case is also prohibited because a magnet will attract it, thus making it more difficult to check for steel-core ammunition.

Occasionally, people use a gun range and do not pick up after themselves, leaving shells on the ground after they have fired. Undoubtedly, the floor can be covered with dozens, if not hundreds, of used ammo cases after a busy day.

In the end, workers will have to do some cleaning. Some ranges may also ban aluminum cases for the same reason. The range may use a magnet to determine whether the ammunition is steel core or not.

I have never seen anyone check ammo with a magnet, so I have no idea if this is true. Steel-cased ammo may also be associated with an increased fire risk because it tends to cause more sparks than bullets without steel cases. Again, however, I am not really certain whether that is the case.

Ammunition Made Of Steel Core

Ammo with steel cores has a smaller steel bullet that is coated with lead on the outside. Because the bullet doesn’t have a solid lead core, it is called a steel “core .”A copper jacket can be found on steel core ammunition, making it difficult to distinguish steel core from non-steel core ammo.

Using steel in the entire bullet is impossible because it would damage the barrel. Steel is a tougher material than lead, so firing with a barrel made of solid steel would tear the barrel to shreds.

My Two Cents On This

Imported ammunition that is newly produced has a steel core, so far as I know. It is not uncommon to find steel-cased ammunition made in eastern Europe and the former Soviet Union using steel-core bullets, which are steel slugs encased in a thin layer of lead.

Steel-cored rounds have a much greater likelihood of damaging a backstop than lead FMJs do, so they’re nearly universally prohibited on indoor shooting ranges. To test if a bullet is ferrous, some ranges hold a magnet to it.

However, there is an issue: some ammo is steel jacketed, so it has a layer of steel on top of a standard lead bullet.

These won’t damage steel-core backstops, but they will still attract a magnet, nonetheless. Cutting open the bullet and inspecting its composition is the only way to tell the difference.

Steel jackets cause more wear and tear on backstops than copper ones, even though they do not damage backstops to the same extent as steel core rounds.

It is also possible for steel jacketed ammo to ignite dustings of unburnt powder found on the floors of indoor ranges when it sparks when it hits a hard surface, making it a fire hazard.

Bullets with steel cases differ from bullets with steel cores. Cartridges or shells of ammo are referred to as casings, not bullets. A shell contains a firing primer and gunpowder. The casing is usually made of steel.

There are different types of coatings (polymer and lacquer), both of which are used as lubricants. Due to the lower price of steel-cased ammo, steel-cased ammunition is popular.

It is possible to get steel-cased ammunition for half the price sometimes. In addition, there may be surplus ammunition from other countries that have higher lead prices than the United States.

Another advantage of steel casings is that cartridges are extracted more efficiently than brass casings. The gun spits the cartridge out after every fire as it goes through the cycle of re-chambering another round.

Some guns have steel casings because steel holds up better than brass. As a result, these guns have short or fast cycle times.

Using gas-powered cycling systems on firearms makes the extraction less effective. Steel is harder on these guns than brass, so it can jam. Steel casings are therefore coated with a lubricant.

Arguments Against The Steel Core Rule

There are times when rules are unclear. For example, some ranges may state steel casing, but in fact, mean steel jacketed or steel core. Steel cores are banned because the rounds can cause damage to ranges.

Backstops or traps made of steel will be damaged if steel core rounds are fired into them. Due to its strength, steel rounds tear into the range’s structure much easier than lead rounds. In addition, steel is more penetrating than lead since it does not expand as much.

Steel rounds can even cause damage to targets, rail lines and cables. The round would cost the business a lot of money to maintain, so the costs could be reduced by banning the round.

A damaged steel target or, in this case, a backstop can also ricochet steel core rounds. Any sparks from a steel round might also spark a fire, which is more likely. Paper target scraps or gun powder residue might also ignite.

Pure greed is what it is when it comes to indoor ranges. There is no other way to put it. No reason for outdoor firing ranges, especially if you’re going to police your own brass.

The brass that is left behind is sold, and they don’t want to trouble themselves with having to separate the steel from the brass.

So, in addition to always picking up your brass, if they don’t want to give it to you, don’t ever return to that shooting range and tell your friends to stay away from that place as well.

No comments to show.