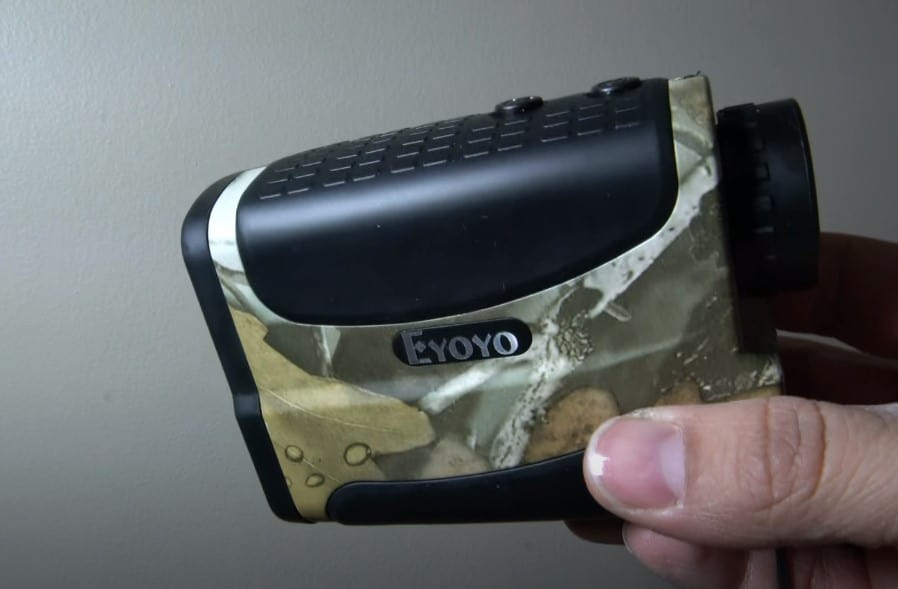 There can be no doubt the ability to range your target is critical to proper shot placement correctly. However, the majority of hunters agree that the most effective way to hunt without a rangefinder is to estimate the range first.

When you hunt whitetail deer, for example, in terrain close to where you live, that’s a very effective method.

However, before the advent of modern electronics, gaining this ability required a shooter to fire thousands of rounds from his favorite rifle at various sizes at varying distances to understand where to hold the sights on a given game species at a given range.

But fortunately for the modern hunter, this is no longer necessary due to the invention of compact, highly portable laser range finders.

These devices have become so prevalent among hunters that most hunters will not enter the field without one!

However, while these devices are extremely accurate when they work, they do have significant limitations, and thus, there are situations in which they simply fail to do their job.

Usefulness Of Rangefinders For Hunting

You can prevent distance uncertainty by carrying a rangefinder if you shoot rifles or bows. You’ll be more confident to take the shot when you know the actual distance to the target or know it’s too far away to risk it.

When stalking distant animals, rangefinders can be helpful. It is possible to choose optimal shooting locations by taking into account the animal itself and the topography between you and it.

Rangefinders capable of detecting a small target are the ones that stand out. For example, you might be able to range 1,000 yards away with a rangefinder, but at that distance, you can only range objects the size of houses.

Make sure you test out a rangefinder before you buy it. Your maximum comfortable shooting distance should at least allow you to get a reading on a deer-sized target.

It is a good idea to get a model with both a line-of-sight and horizontal distance function. For example, what would you see if you were 25 feet up in a tree and observing a squirrel 15 feet from the tree’s base?

The squirrel can be seen from a distance of just over 29 feet, while it is only 15 feet away from you from a horizontal perspective. So, there is only one thing that matters when shooting: the horizontal distance.

Angle-compensating rangefinders can be a big advantage for bowhunters and rifle hunters when hunting steep terrain where angles are a constant threat.

By using a new rangefinder, you can tell whether a laser beam is hitting a target or not. By doing this, it is possible to tell whether there is any obstruction.

Long-range models provide the longest distance, passing through trees and similar obstacles. Hidden animals can easily be identified within seconds by using rangefinders.

There are many unexpected scenarios that can occur while hunting in the wilderness. For example, a deer appearing suddenly in front of you before you can grab a rangefinder or bow.

Such a situation makes it useful to have a rangefinder to track a game animal before it reaches you. It is possible to avoid situations such as these by practicing ranging frequently. Then, when your rangefinder reaches its limit, wait, and see if the game comes close.

With a rangefinder in hand, you can also let go of a wounded deer or cub. It is also possible to save yourself from other wildlife by scanning your surroundings continuously.

A Good Idea To Prepare The Hunt

Before hunting, you need to prepare more than just knowing the hot spots. You will be able to help yourself in this situation with the rangefinder.

A decoy or something similar can help you spot the area before hunting. First, decide how far the decoy is from the blind (tree stand).

You will need to mark out a good zone and measure the distance by foot. Even in the dark, this will be helpful. Doing this will reduce some real-time stresses and be able to hunt successfully.

The distance to the target can be calculated using a laser rangefinder from within a yard or two to a mile. If you want to hunt big game, you will usually need a rangefinder with a longer range than one mile.

Rangefinders with 400 to 500 yards are usually adequate for bow hunting in flat terrain. However, make sure your rangefinder can estimate distances over 20 yards to 100 yards at the very least.

You can see the prey more clearly when you have a good rangefinder. You can zoom in and out to get a magnified view of the target.

One of the most helpful features of a rangefinder is its ability to measure distances between you and the target. You can send a laser beam toward the target, and it will be reflected back to you by pressing a button. Distances are calculated instantly by internal laser technology.

Your shots will be clearer with this device, and you won’t have to guess. Hunting for the best animal in a group is easy, and you can kill the animal more humanely by hitting your target accurately.

The Problems With Hunting Rangefinders

The reason for this is that laser range finders depend on the ability to send out a narrow, tightly focused beam of light which is then reflected by the target back to the range-finding unit.

Then, to accurately determine the range, the unit measures the amount of time required for this beam of light to leave the unit, reach the target, and then return to the unit (similar to radar) and then, an integrated computer calculates the distance based upon this time-lapse.

However, the key word here is “reflect”. If the target is dull, drab, or dark in color, it may very well absorb the beam of light instead of reflecting it. Also, the weather is a determining factor in a laser range finder’s ability to measure distance accurately.

For instance, both fog and rain can adversely affect the unit’s ability to accurately measure distance because both rain and fog refract (scatter) light, and thus, during periods of heavy rain or fog, the laser’s beam may not even reach the target or, it may fail to be reflected back.

In addition, most laser range finders require an unobstructed path between the hunter and the target, and thus, intervening tall grass or light brush can prevent the laser from reaching the target or reflecting back to it.

Furthermore, like all electronic devices, laser range finders require some source of electricity which is supplied by batteries, and, as we all know, batteries can fail at the most inopportune moment.

Reasons Why Hunters Still Use Them

On the other hand, when it comes to measuring the distance to a distant target accurately, there is simply no other device available to hunters that are as compact, lightweight, and simple to use.

In fact, under the right conditions, a laser range finder can accurately measure the distance to within plus or minus one foot (or less depending on the model). Thus, they are an invaluable tool for hunters.

Especially when on the hunt of a lifetime where the hunter may only get one shot at that coveted trophy, and thus, that one shot absolutely must be accurate.

In First Priority mode, the laser range finder will measure the distance to the first object that reflects the laser back to the unit, which is very helpful when hunting in open terrain.

But, when hunting in dense woods, some laser range finders can be placed in Second Priority mode, which uses a “pinpoint” or “bull’s eye” reticle to ignore intervening objects and, thus, only measure the distance to distant targets.

In addition, many models are also available with additional modes such as Horizontal Mode and San Mode.

The Horizontal Mode is particularly useful when hunting in mountainous terrain because it uses Trigonometry to calculate the correct distance to a target at both inclining and declining angles, and thus, it provides an accurate distance measurement even when aiming uphill or downhill.

Scan Mode, as the name implies, enables the hunter to range the distance of multiple objects by holding down the Scan button and then moving the rangefinder back and forth across the viewing area.

Last, some models even have integral ballistics tables that enable the rangefinder to calculate the distance to the target and the amount of “holdover” for a given caliber and bullet weight at a given muzzle velocity!

Thus, while many hunters consider their laser range finder to be their best friend, you should be aware that they do have disadvantages.

Consequently, you may be forced to rely on other methods of determining the correct range for a target under adverse conditions. But, when they do work, there is simply no better method of determining the range of a given target!

It is possible to hunt for a short period without food, water, or even proper clothing, highlighting the need to carry a rangefinder.

Unless you have a precise range estimation, you shouldn’t attempt to shoot beyond 200 yards with a rifle or 25 yards with a bow. Using a rangefinder is also necessary if you’ve been stalking.

Because most of us will never take shots over 400 to 500 yards, we don’t need the most expensive range finders.

You better believe those who do take longer shots have top-of-the-line rangefinders and spend a lot of time practicing.

For most people, even in flat terrain, we only need a simple range finder to determine the range to a target of 500 yards.

An affordable Rangefinder can be found for as little as $100, much less expensive than the equipment you will need for a hunt. If you have only a few minutes to figure out the distance when you suffer from buck or bull fever, it can mean the difference between a clean kill and a miss. 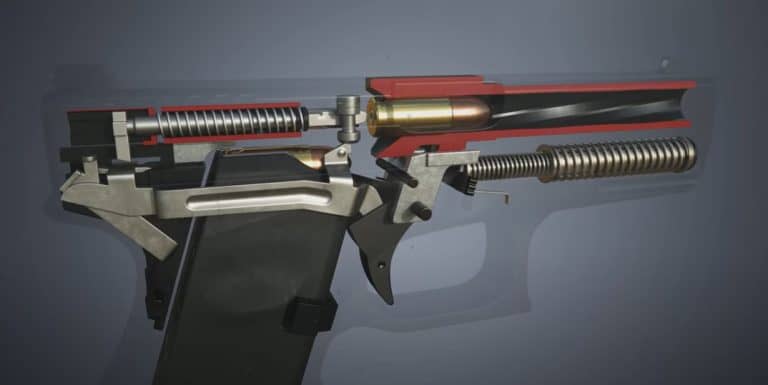 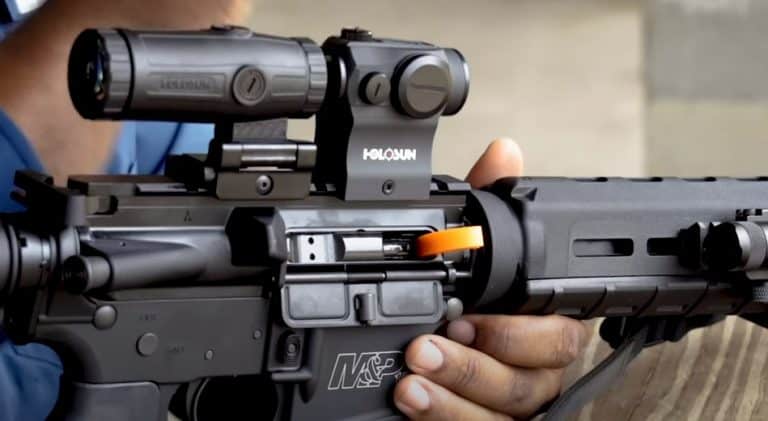 Iron sights have gone the way of the dinosaurs. But do not get me wrong, the use of iron sights should still be a mandatory part of firearms training, and it’s completely possible to hit long-range targets with them if you know how…. 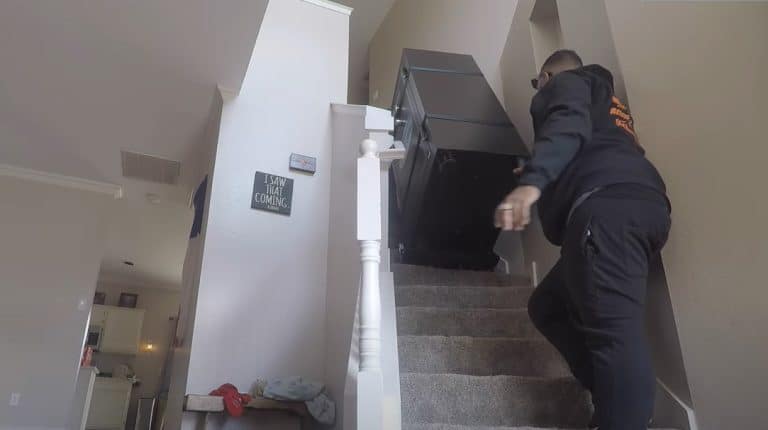 Since you stumbled upon this post, you’re considering moving your gun safe down stairs. Moving a gun safe from one place to another is not an easy task, but it can be done with the right equipment and a little bit of know-how…. 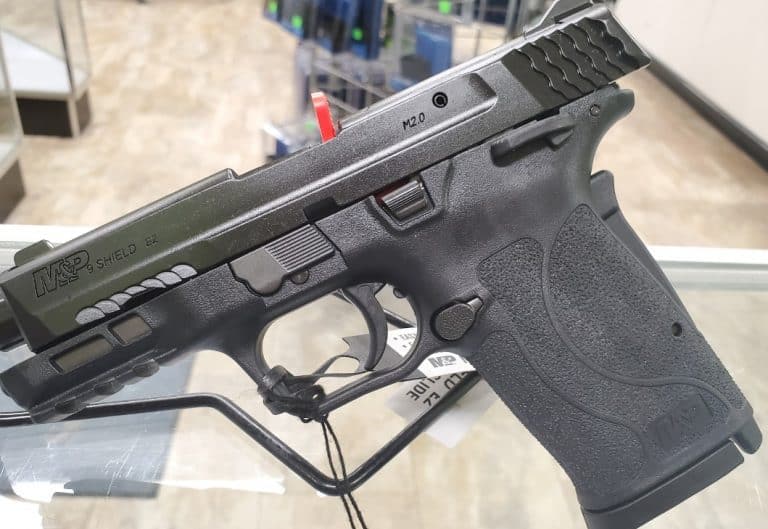 If someone asks you, why do we carry a gun? The answer will be pretty simple. Something along the line of “for safety,” or “for self-defense,” or “to watch my back.” That’s the basic response.  Or you could use a gun to “rob…